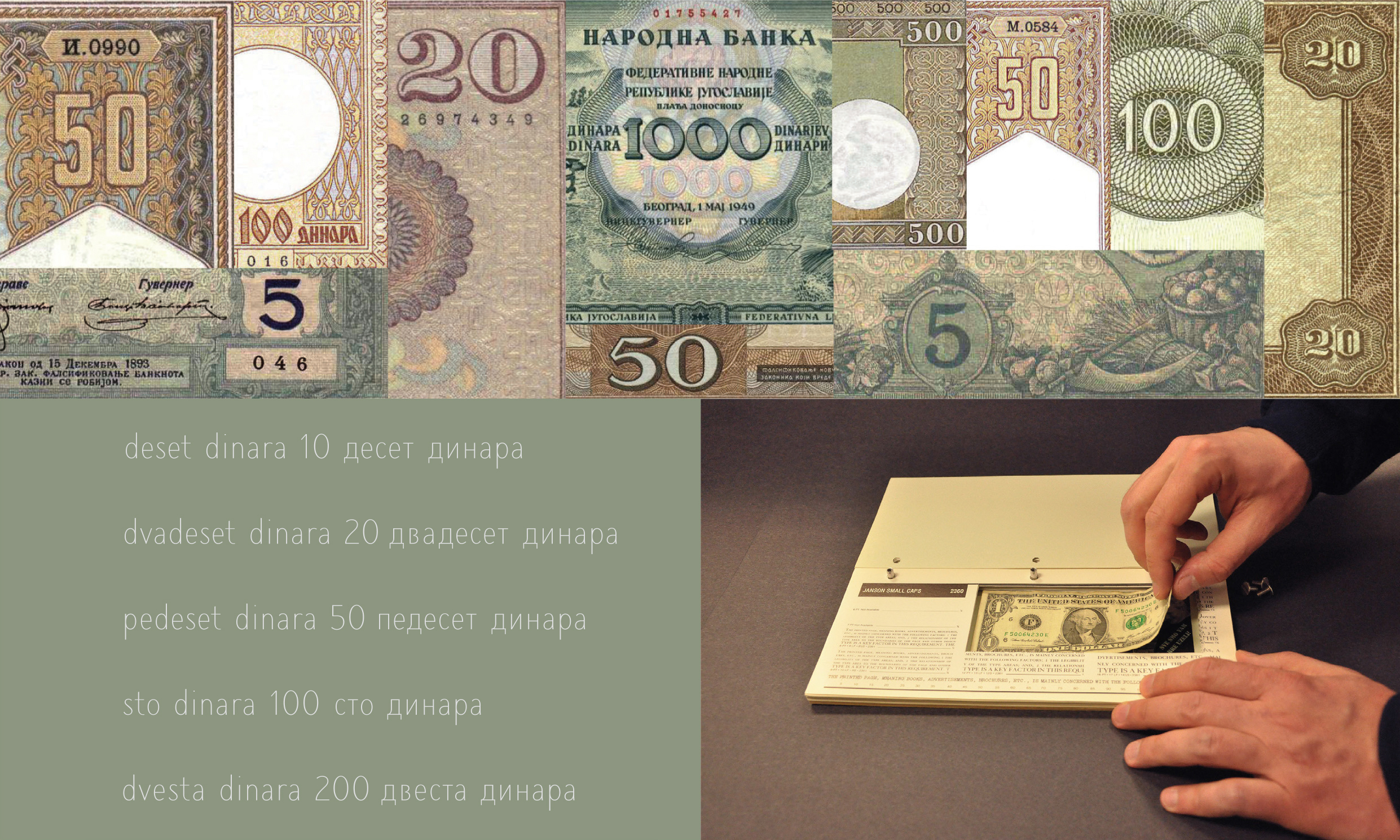 The first part of Mraovi?’s lecture celebrates typography and iconography on Serbian coins and banknotes from 1230 until today.  Mraovi? started this research at Ohio University in Athens, Ohio as a part of his MFA thesis. In order to better understand the previous designs of money in his country, he collaborated with the National Bank of Serbia in Belgrade, the Serbian Academy of Sciences and Arts, Belgrade, the National Museum, Belgrade and ten other state museums from Serbia and Bosnia – Herzegovina.

The second part of the lecture is devoted to a completely new, sans-serif font Serbiana that Mraovi? designed as a measure of protection for the new series of dinars. Serbian is the only language in the world that uses both the Latin and Cyrillic alphabet; he worked on both alphabets for this project. Whether the word is written in Serbian, or in English, in Latin or in Cyrillic alphabet, the visual unity of his font stays unchangeable.

Mraovi? will present his manually produced book Abandoned in the third part of his artist’s talk. This artwork is devoted to recent Yugoslav history, currency and economic standard. Abandoned is an combination of typography, bookbinding, and humor.