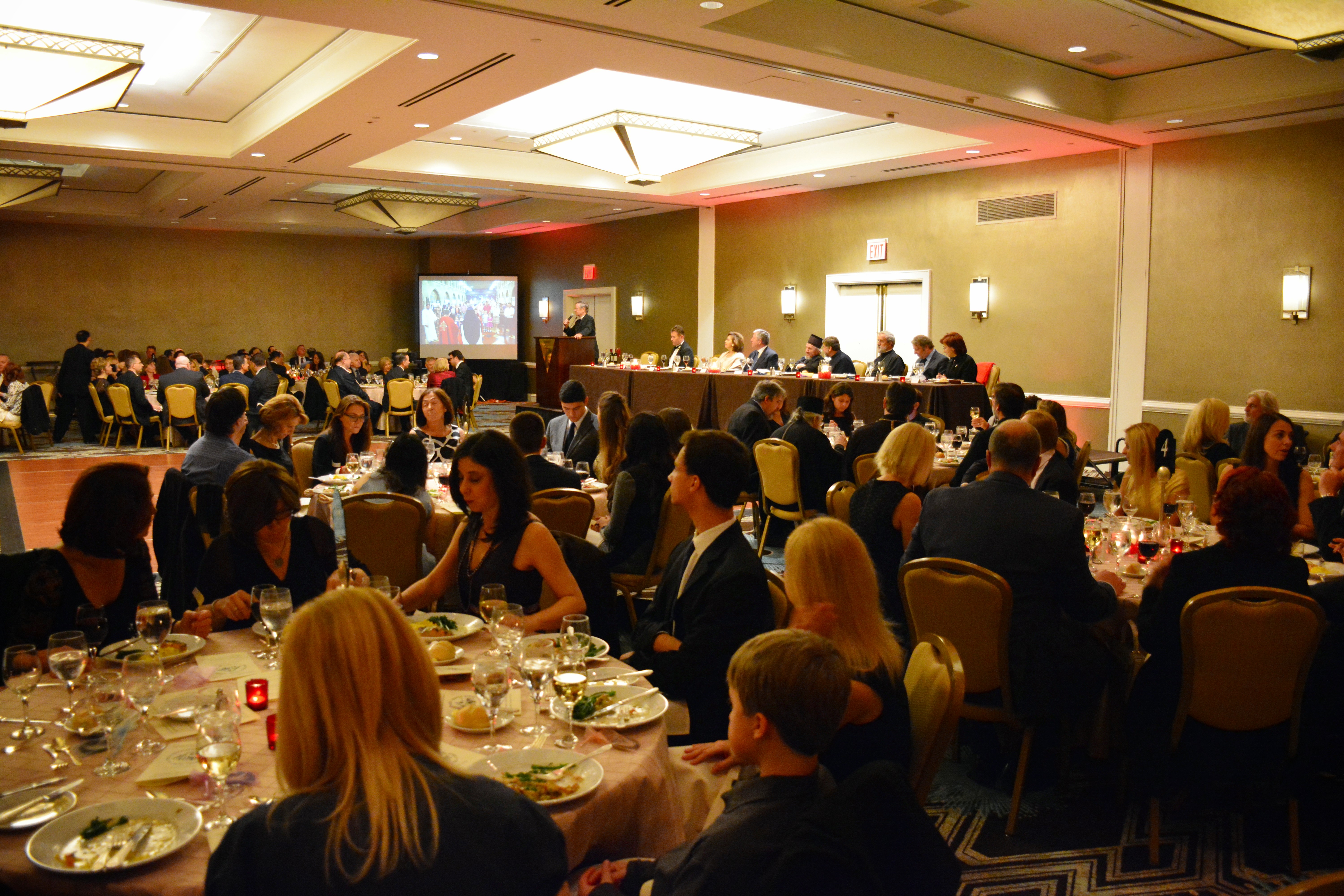 The New York Serbian Orthodox community celebrated the 70th anniversary since the 1944 consecration of the Serbian Eastern Orthodox Cathedral of St. Sava, fulfilling its spiritual and patriarchal mission of serving God and His people in the center of this great metropolis.

This notable jubilee was celebrated on Saturday, October 25, at the Marriott Downtown Wall Street Hotel, the same hotel where we celebrated our 50th and 60th anniversaries, in the shadow of the first of the newly-erected Freedom tower. Included in the 180 guests were  His Grace, Bishop Dr. Mitrophan; Their Royal Highnesses, Crown Prince Alexander Karadjodjević and Princess Katarina; Rector Dr. James Cooper, of Trinity Church on Wall Street; Their Excellences, Diplomatic representative of the Republic of Serbia,              Ambassador to the UN Mission of the Republic of Serbia Mr. Milan Milanović and General Consul of the Republic of Serbia, Ms. Mirjana Živković; V. Rev. Lazar, from Serbia (father of Bishop Maxim); V. Rev. Aleksandar Vlajković the Dean of Washington deanery of Boston; Rev. Akeksa Mićić; elected officials of our parish; and guests from California, France, and Serbia.

Our elegantly-attired guests enjoyed an evening of good food, pleasant greetings and songs from varied parts of Serbia and Montenegro, sung by the beautiful Dr. Jovana Loncarević, accompanied on the guitar by her talented husband, Boris. Music for dancing was provided by the multi-talented band, Balkan Connection.

Bishop Dr. Mitrophan distributed citations to several volunteers for their outstanding contributions to advance the Cathedral community: +Boris and Miriann Stepich, +Zoran and Annette Milković and former President, Mira Luna.  In his remarks, V. Rev. Fr. Djokan first gave thanks to Almighty God, the Cathedral’s insightful and courageous predecessors and all those present, particularly some of the older Stewards present this evening:  Dr. Zorka Milich and her brother, Michael Masanovich, Tamara Simonjenko, Branko Radulović and one of the younger generation steward, Nenad Milinković, President of the Executive Board, who has faithfully served many years on the Cathedral Board in various capacities, and as President for 6 terms. Nenad was this evening’s Master of Ceremonies, who also presented a history of the Church.

At the end of the formal program, donors made their contributions, raising over $85,000. The Royal couple offered a personal visit to the Royal Palace in Belgrade, where they will be received by the Royal family. Four families donated $5,000 each, bringing in $20,000: Zivorad Tomić, George Bursać, Ivan Marković and Srdjan Vuković. A tennis racquet and tee shirt donated by world-renowned Serbian tennis star, Novak Djoković. Branimir Krga  bid $2,600 for the racquet and Katarina Radaković bid $2,500 for the tee shirt. We thank Nole for his donation, as well as Branimir and Katarina.

Finally, Fr. Djokan addressed the Stewards of St. Sava, first giving thanks to God and to St. Sava for gathering Serbs together in such great numbers. He thanked to our special guests and members of the Cathedral Board for organizing such a successful event.  We thank our contributors and all who graced this spectacular 70th anniversary celebration which shows a living expression of Christian love and of brotherly peace and unity in the St. Sava community in New York.