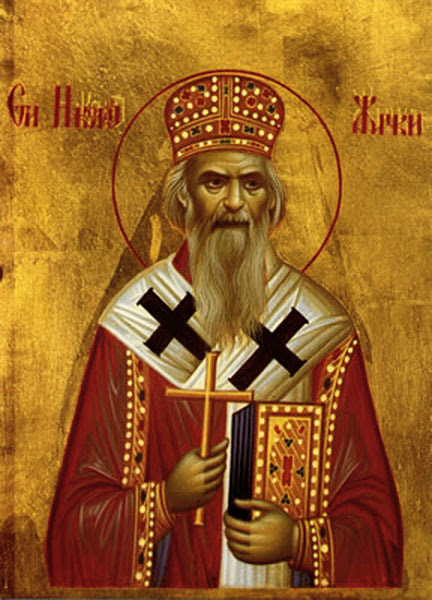 Please, join us on Sunday, May 11, 2014, after the Holy Liturgy, at the Parish Hall in celebration of the Patron Saint of our St. Sava’s Restoration and Development Committee.

Twenty years ago, the Restoration & Development Committee (R&D), under the leadership of Blagoje Micić, whose late father had been a priest at St. Sava Church, was founded specifically to raise funds to restore a rapidly and dangerously deteriorating New York City and National Landmark. This very dedicated and enthusiastic group joyously chose St. Bishop Nikolai Velimirović (1881-1956) as its Patron Saint. His close relationship with Episcopal Bishop Manning of the Cathedral of St. John the Divine in New York City was instrumental in having the then Trinity Chapel purchased by the Serbian community, in 1943. The church was consecrated the following year, becoming the Serbian Orthodox Cathedral of St. Sava.

St. Nikolai served as Bishop at St. Sava Cathedral during its early years. He also taught at St. Sava Serbian Orthodox Seminary in Libertyville, Illinois, and at St. Vladimir’s Orthodox Theological Seminary in Crestwood, New York. In 1951, he became Rector at St. Tikhon’s Russian Orthodox Theological Seminary and Monastery, where he served until his death, in 1956. A prolific writer and gifted orator, he became known as The New Chrysostom. In 2003, he was canonized by the Holy Assembly of Bishops of the Serbian Orthodox Church.

Hostess (Kuma) for this year’s R&D Slava will be Vera Popović.